DO SAMOYED'S HAVE BLUE EYES? 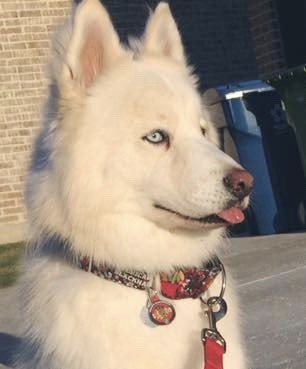 Athough a blue eye does crop up within our breed occasionally, some will call it "rare" in order to make a sale and then breed for it.  It is a disqualification within the Samoyed Breed Standard world wide.  If a reputable breeder does have a blue eyed puppy, this puppy will be altered (spayed or neutered) and will not be used in any breeding program.   With that said I do not believe that blue eyes will cause blindness as it does in other breeds. 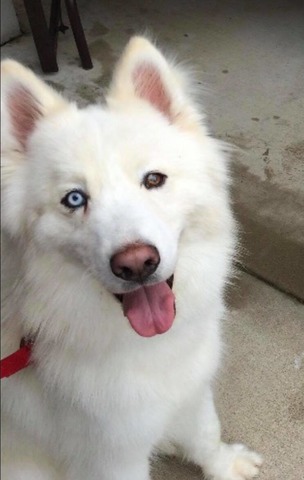 An eye study was done trying to find a marker for an eye disease, Progressive Retinal Atrophy (PRA).  Both the Samoyed and the Siberian's participated in this study.  The researchers not only found the marker but they also found that both breeds had the exact same gene that was producing this horrific disease.  It is much more prominent in the Siberian Husky's than in the Samoyed.  Due to this testing by reputable breeders it is not as prevalent as it once was.

Due to this important research, this marker now allows conscience breeders to test against PRA.  Through the Orthopedic Foundation of Animals (OFA), a simple blood sample is submitted for testing.  With the owners permission, after testing those sample results are entered into the OFA data base.  This data base is opened for anyone doing research and is an invaluable tool to reputable breeders.

Thank you so much to Diane Turk for allowing me to use her photo's of her beautiful, sweet boy, Shawzy and to Julie Dunkle for this photo below taken years ago.